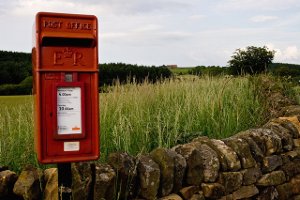 Before we start with today's subject, Sam, I wanted to mention that the waiting list for the Monday Mail is as short as it's ever been. If you were considering joining the list, now would be a really good time! Instructions can be found here.

So, Sam. She's looking for a fresh and pretty — but interesting! — fragrance for day, and she wouldn't mind a new fragrance for night, either. That one should be interesting and sexy, but not something "so niche-y that [she] will smell like a damp basement floor and send the boys running". Sam lives in Los Angeles and has good access to perfume stores, and she can pay up to $120 per fragrance. Here is what we know about Sam:

She's a college student in her early 20s.

She's majoring in film and French.

She says she is outgoing, fun, and affectionate, but also dramatic and intense.

Sam doesn't like anything too foody or sweet. She also dislikes gardenia and heavy florals, many vanilla scents and many powdery scents. Particular dislikes include Kai, Pink Sugar, Comptoir Sud Pacifique Vanille Abricot, Angel-clones like Flowerbomb and Lolita Lempicka, and Kenzo Flower.

Some of the fragrances Sam has tried include:

Byredo Gyspy Water is too lemony, and Byredo Pulp is "a bit too...off".

Serge Lutens Fleur D'Oranger has too much tuberose and is too mature.

L'Artisan Tea for Two is too harsh.

Her sister wears Annick Goutal Matin D'Orage and Songes, but they don't smell as good on Sam. She has also tried Petite Cherie, but she doesn't like the pear in the top notes.

She likes Marc Jacobs Daisy, but it's too widely worn and she thinks there is something "quite generic about it".

She liked Kenzo Amour but it wasn't interesting enough.

She likes Hermès Eau d'Orange Verte, but she used the soap as a teen and wants to move on.