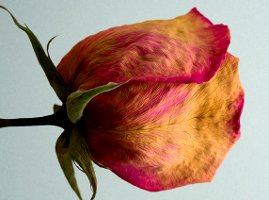 Last week on the radio I heard about a study that had been done on how the cost of wine — or at least how much people think it costs — affects how much people enjoy it. In the study, participants tasted what they thought were seven different wines. As they sipped each wine, they read information about the wine, including its price. At the same time, researchers monitored their brain's responses. What the participants didn't know was that they actually only tasted five wines, but they tasted two of them twice. For these two wines, the researchers first told participants the wine was low cost, and the second time they tasted the wine, participants were told it was expensive.

You've probably already guessed the study's results: when people thought they were tasting a costly wine, they reported liking it better. Not only that, but the pleasure centers of their brains were more active, too. When they drank the exact same wine but thought it was cheaper, they didn't like it as much.

Of course, my first thought was how a similar study would play out with perfume. What if I took two similar fragrances, one downmarket and one upscale, and asked people to compare them? Would they be able to tell the expensive from the cheap in a blind sniff? Would they prefer the cheaper one if I told them it cost a lot?

For perfume lovers, factors other than price would play in. Give me an anonymous drugstore scent and tell me it was a lost Edmond Roudnitska formula and I'd sell a kidney to have some. Although I'm more restrained than I used to be, hint that a fragrance is discontinued or that it's made with concentrations of oakmoss or other ingredients too expensive for modern perfumery or not allowed anymore, and I'm following the lemmings right off the cliff.

For my own informal study, I selected two dry, woody roses — Parfums Grès Cabaret (less than $20 for 100 ml of Eau de Toilette) and Portrait of a Lady ($300 for 100 ml of Eau de Parfum) — sprayed them on cotton balls, and put each cotton ball in a ziplock bag labeled "A" and "B". One of the bags was a little more beat up than the other, so in an attempt to skew the results for something more exciting I put Portrait of a Lady in the battered bag.

Right away I knew I had a problem. Even the faintest spray of Portrait of a Lady powered through the bag, while several spritzes of Cabaret only left an alcohol-slicked cotton ball with a faint aroma of woody rose. I tossed the original cotton balls and passed a fresh cotton ball quickly through a mist of Portrait. I soaked the other cotton ball with Cabaret and let the alcohol burn off before it went in the bag.

I took bags A and B with me over the next day and tried two approaches. Initially, I handed people the bags and asked them which fragrance they preferred, then asked them which one they thought was the most expensive. It was unanimous. Everyone nailed Portrait of a Lady both as their favorite and as the most expensive. "It's like this one —" one coworker said, pointing at  Portrait, "—Is a symphony, while the other one is a string quartet." People smelling Portrait rapturously talked about roses, spices, wood, and incense. For Cabaret, they mentioned a "sharp, alcohol smell" (and I was airing out the bag so it would dissipate!) and roses.

Then I tried handing people the bag with the Cabaret sample and telling them it was an expensive perfume you could only get in Paris, and Portrait was some loud mass market fragrance. No dice. That approach only made people spout off about how perfume companies rip you off and how you can find perfectly nice fragrances at drugstores, like that charming scent in bag B (aka Portrait of a Lady).

So, what did I discover? Really, the only thing I definitely learned is that many people — me included — firmly prefer Portrait of a Lady to Cabaret. I may need to run this test again, only do it more like the wine test where I hand people several samples with prices attached, including the same sample twice with different price information, and see how they respond.

In the meantime, I still suspect price, provenance, and the story surrounding a perfume create an aura that adds (or detracts) pleasure from the actual smell of a fragrance. I just can't prove it. What do you think? If we ran a perfume preference study similar to the wine study, would we have similar results?

One more note about the study on wine preferences. When participants had no information at all about the wines, they overwhelmingly preferred the five dollar bottle. Go figure.