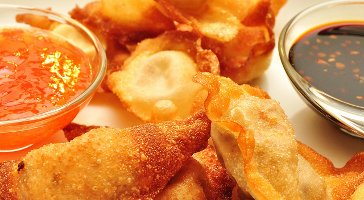 I won’t be going home for the holidays this year. Work, distance, and the difficulties of holiday travel in a time of war and other strange weathers mean I’ll be in Texas while the rest of my family is up in Idaho. So I’ve been thinking about the smells of Christmas, and of home, of the North and the South, and the places where they come together, and the places where they don’t.

The most expected smells of Christmas — the ones most likely to appear in limited edition perfumes, soaps and candles — are the smells of a Northern winter festival. The cool scents of pine and peppermint (all those candy canes), hints of snow, crystalline air, tree-covered mountains and those Northern night skies that seem so much blacker, and whose stars seem so much sharper and brighter than any I see in the South. To combat the cold, there’s the scent of woodsmoke from the hearth, and the smells of all those precious things imported from Southern climes: spices — especially the woody warmth of cinnamon and nutmeg, the heat of dried ginger and the cool-hot prickle of clove; oranges, which smell and look so much like the sun should that they hardly need explaining; and cacao, in the form of chocolate eaten in the hand, or melted into rich hot milk.

It’s an appealing combination — so appealing that all sorts of people who don’t celebrate, or even understand Christmas enjoy it (in Japan, for example, Christmas has been translated into a kind of Alpine-fantasy Valentine’s day). But it may or may not be the smell of your winter holiday, or your home. I’m living in one of the places where those imported oranges are grown. Here, winter smells of cold earth and rain. Pecan nuts litter the streets of my neighborhood, our hot chocolate smells of Mexican vanilla and cinnamon, and people make up for the lack of snow and Northern stars by loading up on the Christmas glitz and stringing up thousands of lights. I am far more likely to smell barbecue than chestnuts roasting on an open fire.

As a child, the smell of my Christmas home was neither Northern nor Southern, but Eastern, as in the Northeastern seaboard of the United States, which is where my parents grew up, and as in China — sort of. You see, my family is Jewish, and for a wide swath of East Coast Jews, the true answer to Christmas is not Hannukah, but Chinese takeout and a movie. When my parents migrated West, they brought their Christmas traditions with them.

But in Boise in the 1970s we had to make our own takeout. So on Christmas our house smelled of sizzling peanut oil, frying scallions and fresh ginger mixing with the toasting scent of fried rice, crisping wonton skins, the bright gloopiness of lemon chicken sauce, and my favorite — pork ribs (yes, pork, it went well with our Christmas tree) soaked in a sticky, salty-sweet marinade of soy sauce, brown sugar and hoisin sauce, pungent with garlic and five spice powder, and then roasted in the oven.

I hope you’ll forgive me for not offering you a recipe. Because I can’t tell you how to create all the other scents from that time that mix together in my memory alongside that homemade Chinese-American dinner: the smells of fresh cardboard, packing materials and paint when I tagged along with my mother to help set up for the annual Christmas bazaar at the city art gallery. The rich smoke from my father’s pipe. The comfortable scent of lazy golden retriever. And the far dry down of Femme with a touch of Scotch — my parents kissing me goodnight in the dark after coming home late from a holiday party.

And after all, my father quit smoking while I was still in grade school. The gallery has become a museum. The dog is long gone. And Femme, well, you know about that. Our family traditions changed, too — it’s been a very long time since we had Chinese for Christmas, though we still go to the movies. I’m not going to promise my house won’t smell like soy sauce and pine needles on the twenty-fifth, but I need some new scents, too. What smells like home to you?  What smells like celebration?

Note: I won’t be able to answer comments until the end of the day, but I can promise you that I will read every one — I really want to know your answers!