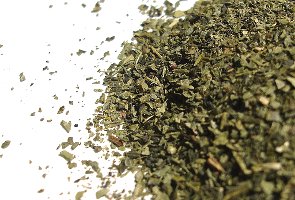 After my August sorbet adventures I wanted to learn more about tea. I decided to start at the Tea Embassy. It’s my favorite kind of shop — small, specialized, and run by people fiercely devoted to their product. From the street the Embassy’s historical bungalow looks like a place ladies in hats might gather for an afternoon of vicious gossip and Earl Grey, but inside there’s dark wood and a wall full of silver canisters. (Tea, like wine and perfume, should be stored away from light, heat and humidity.)  The Embassy’s excellent website — which includes an online shop — promised a “palate profile” to help me select my perfect tea from among the 200 they offer.

When I arrived, the natty young man behind the counter introduced himself as Tim. “We’re still working on a formal version of the profile,” he said, “but let me ask you a few questions.”

We talked for the next two-and-half hours. Some of the questions he asked me were about flavor, but many were about mood and context, or just the kind of person I was. Did I like to wake up gently, or with a jolt of energy?  When my friends came to town, where did I take them out to dinner?

To pick the right tea, I had to think about what I wanted the tea to do and when I was going to drink it. That made sense to me — I pick the perfumes I’m going to wear much the same way — and it made me remember how bound up in ceremony and ritual tea is, even the simplest ritual of waiting for water to boil and leaves to steep.

As we talked, we sniffed. I skipped all the scented/flavored teas and stuck to representative green, black, oolong, and white tea. My goal was to learn about the variety of flavors in the leaf itself. This, I learned from Tim, is primarily about how the leaves are treated after they’re picked, particularly the method and degree of oxidization.   Steamed or pan fried?  Rolled to bruise the leaves and release their oils, or delicately handled to preserve their light fur?  There are as many subtle variations in method as there are myriad flavors.

We began with a couple of Japanese green teas.  Kabuse No. 1 Sencha, tea from the first harvest in May, looked and smelled a bright, grassy, lemony springtime green. Kabuse No. 3, the third picking, was woodier, and sweeter but still very green. Tim told me the teas were grown under bamboo nets to mimic the shade of the forest, a technique that spikes the chlorophyll in the plant. The leaves are then steamed to retain the clean brightness prized in Japan.

Since I preferred the woody notes of Kabuse No. 3 — my general asethetic is far more Mediterranean than Japanese — we moved on to Dream Mountain Clouds and Mist, a Chinese Green that had a floral scent, and deep caramel, almost chocolaty notes, the result of a “pan frying” (dry roasting on a flat metal surface — there’s no fry oil involved) as opposed to steaming the leaves.

From there we went darker still, to a classic black breakfast teas from Assam, India. The first smelt wonderfully of sap and balsam. Tim told me it was astringent when brewed, with that roof-of-the-mouth dryness I associate with highly tannic wines. He much preferred the smoothness of Keemun black teas. I smelled two: Breakfast Treasure, which had deep smoke and malty notes, and Guangxi Hao Ya A Premium, which was recognizably the same tea — just as complex, but lighter on the malt and much smoother overall.

Both seemed very light next to the Embassy’s version of Lapsang Souchong — a blast of smoke and cold air, as though I were by a campfire at night in the mountains. Lapsang Souchong is essentially inferior tea that’s been smoked, but it’s distinctive flavor is legendary. Bob, another Embassy employee, told me that Churchill enjoyed a cup of Lapsang with a slug of whiskey in it — a nice peaty scotch, I imagine.

After giving my nose a little break to recover from the smoke we went through some oolongs and a few white teas. White teas remain too subtle for my as-yet unrefined tea palate, but I’m eager to try again later. Tim talked about their champagne notes, and silky mouthfeel. Since a Now Smell This reader recommended I try a white jasmine tea, I broke my scented tea rule to sniff Jasmine Silver Needle White, whose leaves had been mixed with jasmine flowers thirteen times with spectacular results — the A La Nuit of tea. Tim told me that white tea leaves absorb the jasmine scent even better than green.

It was the oolongs, a tea somewhere between green and black, that really captured me, particularly one called Oriental Beauty. All of the oolongs had a smooth, floral character, but Oriental Beauty’s was both more pronounced and more complex. It smelled of a wildflower field in the sun — that warm, slightly honeyed sweetness that rises up from an acre of blooms. After I sniffed it, I fell silent for awhile.

“I think I need some of this to take home,” I told Tim. He went into a strange dance behind the counter, stamping his feet, shaking his head, and making odd strangled sounds under his breath.

“Arggghhh!” he said, “Of all the teas I’ve shown you!  And we have so many reasonable ones…”

I’d managed to pick out the most expensive tea in the shop — a spendy $22.50 an ounce compared to the multitude of other teas he’d shown me that went for $5.00 and $12.00. I reassured him that the price seemed quite reasonable compared to perfume. I also asked for some of the milder Keemun, Guangxi Hao Ya A Premium, which turned out to be one of Bob’s favorites. He assured me that it is Queen Elizabeth’s favorite morning cup, though she tells the press she drinks English Breakfast.

Neither of my teas disappointed when brewed. The Keemun is strong and malty, but completely smooth, the perfect wake-up drink. Oriental Beauty retains all of it’s flowers, in the cup and in the mouth. It is a ceremony unto itself.