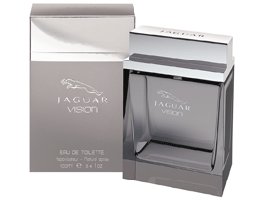 The launch this year of the new XJ, a daring reinvention of the iconic sporting saloon that was the epitome of luxury; poised, agile and elegant, sees these very same attributes which defined the original car in 1968 reinterpreted for the 21st century. The qualities of this bold new design, the modern balance of the functional and the seductive, dynamic and timeless, simple and sophisticated, are the same attributes that inspire Jaguar Vision. Created for a new generation of men who also treasure absolute modernity in their perfume.

Jaguar Vision is available in 60 and 100 ml Eau de Toilette. (via beanstalk)