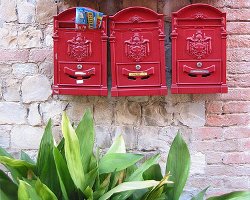 Jason is looking for a new fragrance. It should be long lasting, mysterious, and change throughout the day. He's willing to consider vintage and/or discontinued fragrances. Here is what we know about Jason:

He's in his late 20s, lives in London, and works in an office job in the theater.

He says he is subtle, focused but very playful and sensual.

The Serge Lutens line for its clarity and mystery. He owns Fille en Aiguilles and is thinking of buying Chene. Muscs Koublai Khan is "very nice".

The Amouage Attars are great, especially Afrah, but he is apparently anosmic to something in Amouage Gold. He also likes Amouage Lyric.

Guerlain Mitsouko for  its peach/green top and cinnamon dry down, but he finds Shalimar dull.

Chanel Coromandel for its mystery and playfulness, Chanel Pour Monsieur for its complexity.

Hermès Bel Ami for its weirdness.

The Micallef men's range for its class.

Penhaligon's Endymion for its coffee.

Yves Saint Laurent Paris for its artistic qualities — he finds the "synthetic composition attractive" although he doesn't think it smells like rose.

Bvlgari Black, although he appreciates its conceptual qualities.

Christian Dior Eau Sauvage, because it is a little too sweet and preppy — he wishes it were sharper.

Christian Dior Fahrenheit is nice (he likes the spice notes) but a little flat.

He hates Guerlain Jicky, and to some extent Caron Yatagan.