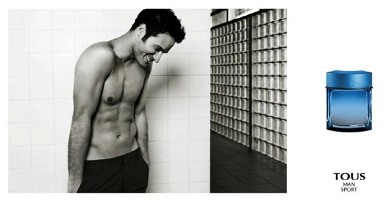 Tous has launched Tous Man Sport, "the perfect accessory for the man who lives his moment." The new fragrance is a flanker to 2004's Tous Man.

In the top notes an original touch of CEDRAT NP stands out together with a sparkling cocktail of transparent freshness of lemon and the bright note of the Aldehydes.

The heart reveals the exotic spirit of the GINGER in contrast with the fruity accent of APPLE which denotes modernity and youth. The VERBENA adds a token of nature to the perfume.

All this comes together in an elegant and sensual bottom note of CASHMERE MUSK and OAKMOSS, reinforced by the strength of the ATLAS CEDAR.