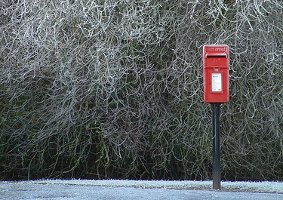 Today's subject is Jonathan. Jonathan lives in Berlin, and is looking for an evening fragrance — something to wear dancing at night. His perfect scent would combine traces of the grilled hazelnut from Hermès Vétiver Tonka, the floral aspects of Le Labo Rose 31 and the spices, the flint and the non-musk of Terre d'Hermès. He's willing to spend up to $140.

Jonathan is in his 20s, and works in the engineering business. He compares himself to the man in the Terre d'Hermès commercial: a grounded dreamer.

He says he's an "urban but nature loving boy" — he "grew up in a village where big green hills and rocky small paths through deep psychedelic woods were just a few minutes away".

He loves music and dancing.

Jonathan likes fragrances that are spicy but not too sweet. His first fragrance was Tommy by Tommy Hilfiger, and he now finds it too sweet. Fragrances he likes include Hermès Terre d'Hermès, Hermès Vétiver Tonka (although it's a bit too feminine) and Brin De Reglisse, Le Labo Rose 31 (but he doesn't like the sweet musks after a few hours).

He doesn't like overwhelming sillage, heavy sweet florals or strong musks. He tried Chanel Allure Homme Edition Blanche, but found it "too sweet and too common" and Kenzo Tokyo, which had overly "aggressive citrus notes".

Note: image is Postbox [cropped] by rebel rebel at flickr; some rights reserved.