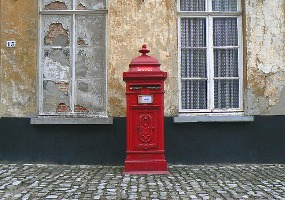 May (who comments here as perfumegeek) is getting married in April. It will be an intimate morning ceremony on the beach (you can see her wedding dress after the jump) in Florida. She's thinking the temperature will probably be in the low 60s. She wants a perfect perfume — something she loves and will have as a keepsake — and is willing to pay up to $200 to get it.

Here is what we know about May:

She's a chemist (the kind that plays with lasers, strong magnets and colorful compounds) in her 20s.

She's a bookworm (she loves Jhumpa Lahiri and Neil Gaiman among others), a music lover (Chopin, Debussy, The Shins, Brandi Carlile), a museum freak (The Victoria and Albert in London, Georgia O'Keefe in Santa Fe), and an outdoorsy woodsy girl (hiking, snowshoeing, fishing).

May likes spicy notes, woods and gourmands. Some of her favorite notes include vanilla, cinnamon, anise, coriander, sandalwood, oud (in small amounts), jasmine, gardenia, ylang ylang, orange blossom, rose and bergamot. She also loves aldehydic and/or powdery fragrances, and incense notes. She thought Chanel's 31 Rue Cambon came close to what she wanted, but it lacks the effervescence that she wants for her wedding.

May dislikes notes of tuberose (if it's in a blend and not overpowering it's OK), carnation, grapefruit, apple, marine notes. Some perfumes she didn't care for include Etat Libre d’Orange Putain des Palaces and Montale White Aoud (too strong). She also dislikes celebrity scents in general.

Here is what May has tried so far in her search:

Ormonde Jayne Frangipani (too much lime/citrus)

Chanel No. 22 (not bad, but seems too strong for a morning beach wedding)

Note: top image is you've got mail. [cropped] by e³°°° at flickr; some rights reserved.