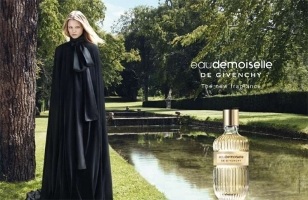 Givenchy will launch Eaudemoiselle de Givenchy in 2010. The new fragrance is said to be a refined floral with a "couture spirit", geared towards young women.