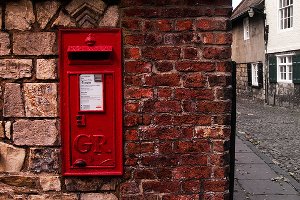 Today we're helping Gillian, who lives in the UK and is looking for three specific fragrances: a lemongrass and ginger scent, a spicy carnation, and a juicy apple that isn't too sharp. She'd rather not spend more than £60 on any one fragrance. She lives near several department stores, and is willing to order samples online.

Gillian is in her late 20s, and describes her style as quirky. Gillian likes...

In addition to the notes already mentioned, Gillian likes cinnamon, vanilla and gingerbread. Her favorite perfumes at the moment are Yves Saint Laurent Cinema and Penhaligon’s Bluebell. She also likes The Body Shop Amorito and Indian Gardenia. She doesn't usually go for vintage although she does love Guerlain Mitsouko. Other scents she appreciates: Stella McCartney Stella, Boucheron Trouble and Philosophy Pure Grace.

Gillian doesn't like celebrity fragrances or fragrances that are too sweet and/or generic. She's not a big fan of florals in general. She isn't good at identifying particular notes, but several of the B Never Too Busy To Be Beautiful make her ill for some reason.

Gillian had a lemongrass and ginger lotion from the Body Shop, and she'd like to find a perfume that matches that scent. It should be green, but warm rather than cold. She thought of using layering Demeter fragrances to re-create that smell, but finds they don't last long enough. She also tried Idole d'Armani for the ginger, but found it dried down to a "musky nothingness".

On the carnation front, Gillian adores the Lush Potion solid perfume, and she'd like something similar: "spicy, not too floral, warm, slightly powdery, scented talcum powder after a hot bath, that kind of thing". She tried Penhaligon’s Artemesia thinking it might be similar, but found it too masculine.

For her apple fragrance, Gillian tried DKNY Be Delicious, but "after living with it for a few months, it just started to smell of nothing much, an air-freshener rather than a perfume".

Note: image is 6:45 pm by Jam Adams on flickr; some rights reserved.