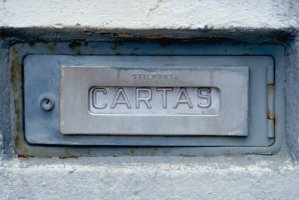 Andrea is getting married in the UK next June. Like Rebecca, she's looking for her perfect wedding fragrance, something that will be special and always remind her of her wedding day. She says she's tried all the traditional wedding fragrances but none of them quite fit.

Andrea is in her 30s. She describes herself as shy on the whole, but she's bubbly and outgoing with people she already knows. Her style is classic and understated, although on lazy days she's in "jeans and Ugg boots". She doesn't wear much jewelry. She says everyone expects her to be in a relatively plain fitted strapless wedding gown, but instead she's going for lace.

On the perfume front, Andrea likes creamy, powdery, soft scents, with floral notes and non-foody vanilla. Some of the scents she likes: Prada Infusion d'Iris (she doesn't think it's right for her wedding, but it's what she is planning to wear if she doesn't find anything else), D&G The One (her fiancee bought this for her, but she doesn't think it's special enough for a wedding), Gwen Stefani L (her fiancee doesn't like it so it's out), Stella McCartney Stella (one of her everyday scents, so not right for the wedding, and she doesn't usually like rose), Sarah Jessica Parker Lovely (another everyday scent) and Donna Karan Cashmere Mist (also a possibility if she doesn't find anything else, but she isn't happy with the lasting power or sillage).

Andrea doesn't like aquatic notes, green notes, heavy fragrances, or anything overly spicy or sugary. Some of the fragrances that didn't work: Annick Goutal Songes & Grand Amour (both too mature and heavy floral), Donna Karan Black Cashmere (too woody & and heavy), Serge Lutens A la Nuit (too floral), Serge Lutens Louve (too almondy), Vera Wang Bouquet (too green), Susanne Lang Midnight Orchid (too chocolate-y), Becker.eshaya Be (ok but too nondescript).

And finally, here are some perfumes that almost worked: Balenciaga Cristobal (close, but a bit too heavy, and more vanilla than floral), Creed Love In White (too sharp early on, but she likes the "lovely dry down"), Benefit Maybe Baby (Andrea likes it, her fiancee doesn't), Ormonde Jayne Sampaquita (too rich), Ormonde Jayne Frangipani Absolute (she loves it after 4 hours, but it's too green in the early stages), Montale Vanille Extasy (nice but too much plain vanilla), Vera Wang Princess (likes it for an evening scent, but too heavy for a wedding scent).

One of the fragrances that I considered is Chantecaille Frangipane. I know it's not as green as the Ormonde Jayne Frangipani, but I haven't worn it in a long time and I just can't remember how heavy it is. It's worth a shot, but I'm hoping someone else can comment on how sweet and/or heavy it is in comparison to the Ormonde Jayne. Andrea said she was also considering giving Ormonde Jayne Champaca a shot, but I'm doubtful that it will strike her as wedding material.

I also considered Keiko Mecheri Osmanthus and Parfum d'Empire Osmanthus Interdite. Both are worth a shot if Andrea comes across them, but I don't feel that strongly about either so I'm not sure it's worth paying for samples.

I'm still in something of a food-induced coma from Thanksgiving, so I'll see what else I can think of after I've had another cup of tea. I hope some of you are more awake than I am...