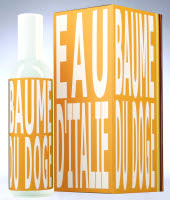 Eau d'Italie has launched their latest fragrance, Baume du Doge, named for the doges who ruled the Republic of Venice until its fall in the late 18th century:

Known as La Repubblica Serenissima, "the Most Serene Republic", Venice was the Merchant Queen of the oceans and gateway to the East for nearly ten centuries. Born out of the seas and magically built on stilts, its intricate maze of waterways dividing exquisite palazzi in constant competition to display their riches, Venice thrived under the rightful government of its elected leader: the "Doge", a prince among peers.

A universe of glorious luxury, of delicate mosaics, exotic enamels and luscious brocades, permeated throughout by the scent of ever-present spices lingering in the air, while the golden hull of the Bucintoro, the Doge's ceremonial ship, glided along the Grand Canal.