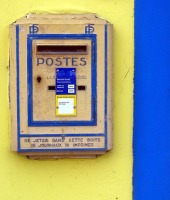 Today, our subject is Gregorio, a fragrance newbie and our first male victim. Gregorio owns one fragrance, Ralph Lauren Polo Blue, which he purchased after seeing an advertisement in a magazine. Other than that, the only fragrance Gregorio knew when he first contacted me (for reasons other than the Monday Mail, by the way) was 4711, which he does not like.

Here is what we know about Gregorio:

He is a rising senior at the UNC-Chapel Hill, majoring in advertising with a studio art minor.

His friends say he dresses better than most people they know. It is not that he spends alot on clothes, but he has a sense of style and minds how he looks.

He wears fragrances lightly, and at night more than during the day.

He is spending this summer in New York City, so at least for the moment, he has excellent access to niche fragrance testers.

Gregorio would like to find something new to replace his "vanilla ice cream" Polo Blue. He wants to find a signature scent (he is not looking to collect), and he'd prefer something niche, although that is not a requirement.

Since Polo Blue wasn't much to go on, I asked Gregorio to venture forth into the city and try out a few scents. This he has done, and here are his testing notes:

Hermès Terre d'Hermès: The opening was good, but overall the fragrance was too subtle.

Annick Goutal Mandragore: A scrubber. "I couldn't get it off my hand quick enough. I disliked it even more after an hour of wearing it."

Guerlain Vetiver: Too citrusy. "The more I wore the less I minded it but it never grew on me."

Guerlain Habit Rouge: He liked the top notes, but did not like the soft, powdery dry down, and was disappointed with the lasting power.

Bvlgari Black: This was his least favorite of all; it was too strong & gave him a headache.

L'Artisan Fou d'Absinthe: The opening was too smoky and "smelled like pine trees". He did not like this one.

Thierry Mugler A*Men: Gregorio liked this one."It feels like a refined version of what I used to wear (Polo Blue), if that makes sense."

Acqua di Parma Colonia Intensa: This one was a hit, but Gregorio wished it has lasted longer.

So, what say you? I think this is our biggest challenge yet. I have a couple recommendations, and I'm hoping ya'all have more than I do.

First, Thierry Mugler A*Men Pure Coffee. It isn't niche, but it's a great variation on the original A*Men and I don't think it will be as widely worn. Gregorio could find this at any major department store. The drawback is that it's limited edition. If Gregorio likes it, he should buy two bottles now.

Next, over at Barney's, Gregorio might try the new Bois d'Orage by Frederic Malle. This is somewhat of a shot in the dark, but I think it might suit him. And while he is there, he might give a quick sniff to Vetiver Extraordinaire, just in case it was only the citrus that put him off Guerlain Vetiver.

Last but not least, Gregorio might want to return to Acqua di Parma Colonia Intensa and give it a real workout to test the lasting power. Try 2-3 good sprays to the arm, and maybe let a little get on his clothes. See if that helps it make it through the day.