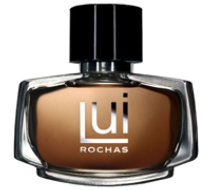 I know many people who love perfumes but who do not have the “vocabulary” to describe them; as they struggle to identify “notes” or “accords” they falter and become frustrated. But sometimes those same people can make a perfume come alive for me when they forget about the ‘notes’ and describe a scene or feeling the perfume inspired. Like all perfume lovers, I often experience vivid images and emotions as I smell a perfume for the first time:

It is a hot summer day. I am alone in a small, stuffy, dim and cluttered room that is decorated in the Victorian style. The room’s windows are closed and covered by heavy, moss-green curtains. The room’s walls are papered with dusty pink (and flocked) wallpaper in a Fleur-de-Lys pattern (hundreds of Fleurs-de-Lys ‘float’ all around me). All the room’s furniture is made of dark, thickly varnished woods and the chairs and settee are upholstered in plush, ruby-red velvets. Scattered about the room are large, overstuffed pillows made of antique Oriental carpet remnants — each pillow is bordered by long and thick fringe. In this room, I wear a wool suit, a starched-collared shirt, a tightly knotted tie, and shoes that pinch. I sweat. The warm, humid, almost airless atmosphere of the room makes me sleepy and I lay down on the settee and rest my head on a pillow. I close my eyes and smell the pillow: it smells of old perspiration, scented powders, heavy perfumes, and dust. Suddenly, someone is pushing one of the fringed pillows over my face. I try to breathe and scream for help — but cannot. As I begin to lose consciousness, I feel the pillow’s fringe brushing against my throat.

Breathing heavily, I wake up. Only a dream! Exhausted by the heat, my head had slumped to the side and my face had become wedged between the pillow and the settee’s bulging cushions.

Rochas Lui is the pillow that almost suffocated me, the room that felt like a tropical prison, the windows and curtains that blocked out everything fresh and bright. Rochas Lui is too much.

Lui was created by perfumers Michel Almairac and Amandine Marie in 2003 and contains citron, neroli, bison grass, sycamore wood, cedar, patchouli, amber and vanilla. Lui begins with deep citrus and neroli notes; it smells familiar — like an “enriched” (or “perfume-strength”) classic Eau de Cologne. As the warm citrus and floral aromas begin to fade, a sweet, but slightly stale, note becomes apparent — this note smells ‘woody’ but it also reminds me of the scent of dried sweat on fabric.

Lui’s buffalo grass (Hierochloe odorata) note (briefly) provides an interesting vanilla-straw accord during the early phase of Lui’s development. Buffalo grass (also known as incense grass, sweet grass and by many other names) contains coumarin and when dried, the grass smells of ‘powdered’ vanilla. As Lui “ages” on my skin, it becomes cloyingly sweet (vanillic) and also a bit acrid.

I was surprised by a blurb from Cosmetics International:

Lui, the new men's fragrance from French brand Rochas…is yet another testimonial to the move away from the watery, citrusy scents of recent years towards classic, strong and instantly recognisable fragrances. "Lui is for a man who wants to be a man. It is fresh and woody with amber notes, certainly not an all-purpose fragrance," said a Rochas spokesperson. (7/18/2003)

I am a man who wants to be, and likes being, a man, but to my nose Lui is not a ‘manly’ scent when judged alongside most mainstream/designer masculine fragrances. (Lui may have smelled more ‘masculine’ in, say, the early 1900s.) When I wore Lui to work, several people thought I was wearing a feminine perfume, so Lui is firmly in unisex territory. Lui is not a “casual” fragrance and is not for the person who loves light and “modern” fragrances. But what do I know? Lui gets raves from the majority of men on fragrance blogs.

Lui is strong and rich and sweet and has excellent lasting power. After 5-6 hours on my skin, a very pleasant amber-cedar note is all that remains of Lui. Lui appealed to me only during its first breath and last gasp.

Rochas perfumes are hard to find in U.S. department stores but they are readily available online at steep discounts. A 50 ml bottle of Lui costs around $20.