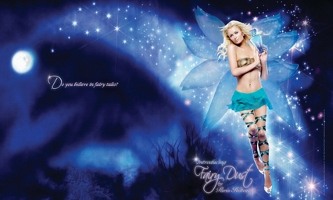 Every so often, a Now Smell This reader comments apologetically about their own taste in perfume. Usually the comment is in reference to a scent that I've dismissed as "pleasant but uninteresting" but that the reader adores, and the basic gist is: well, I really love this scent, but I know my tastes are lame/lowbrow/mainstream, and I haven't had the chance to try all the swanky high-end only-sold-in-France-on-Tuesdays can't-pronounce-the-name fragrances that the rest of you swoon over, and I'm sure I'll grow out of this attachment to Random Cheap-o Perfume X as soon as I have. Reading such a comment, I squirm in my seat and wrinkle my brow — and all the money that I ought to have put aside for Botox, I spent on perfume.

De gustibus non est disputandum basically means 'there is no disputing taste'. If there was no point in even discussing taste, I suppose there would be no point in perfume blogs. Most people agree that there is a point in discussing taste, in perfume as in books or music or anything else people care about. Whether bloggers and other amateurs ought to be part of the discussion is a matter of dispute, but that isn't a dispute I mean to take on today. My point is that just as I'd not necessarily dismiss a movie because Anthony Lane* told me it was not worth the watching, I'd wouldn't expect anybody to dismiss a perfume just because it got a less than stellar review, here or anywhere else.

I guess I have somewhat highbrow tastes in perfume, although I do love any number of fragrances that nobody in their wildest dreams would call sophisticated, and I certainly love many that aren't expensive or exclusive or hard to find. As I've said before, I entirely fail to appreciate some perfumes that are widely acknowledged as masterpieces. We forget all too frequently that the purpose of perfume, which is, after all, a non-essential luxury item, is presumably to bring joy and to make our lives more pleasant. If a perfume makes you happy, I don't see what difference it makes what anybody else thinks of it, much less me.

I'll be the first to admit that sometimes I get more excited about niche fragrances than I do about mainstream fragrances. The mainstream brands, many of them, are investing millions upon millions on their new launches. They aren't as likely to take risks, and since they're all trying to speak to the same audience, it isn't any surprise that many of the fragrances smell dispiritingly similar. I treasure my little niche oddities. But does that mean that niche fragrances are "better"? I certainly don't think so.

Recently I was talking to a journalist who was working on an article about niche fragrance. Her basic premise seemed to be not only that niche perfumes were better than mainstream perfumes, but also that new trends in perfumery emerge out of the niche sector then spread into the mainstream sector. I certainly haven't seen any evidence of that. And while it is true that there are some really wonderful niche lines whose output is consistently interesting, let's face it, there is an awful lot of niche garbage. Niche garbage is the most annoying kind of garbage, because it costs more and because the exclusivity and ambitious pricing can work insidiously to convince the wearer that if she doesn't appreciate the fragrance, her own tastes must not be up to par. Who among us has not had the experience of smelling the latest esoteric art scent from some trendy-pompous niche brand, finding it lacking, and then wondering: is it just me? Am I not refined enough to appreciate it? Bah.

All of which is not to say that there aren't beautiful perfumes that are something of an acquired taste. If you were to spend a whole year sampling the finest teas money could buy, that little Lipton tea bag you used to enjoy might no longer interest you, and so it goes with perfume. But it does not follow that the more you spend, the better the product, or that exclusivity is any guarantee of quality. You probably are likely to get a better perfume if you spend $100 than if you spend $15, but I can think of any number of $100 fragrances that are "better" than fragrances that cost $200 or more. As you move up the price scale, you might be getting higher quality ingredients and some greater degree of artistry, but then again, you might just be paying a premium for the prestigious name brand and the extra-fancy packaging and the "exclusive to Saks" pretentiousness. If you're wearing perfume to enhance your own status and feelings of self-worth, fine, live it up, buy Clive Christian's No. 1 in the Baccarat bottle. Do whatever works for you. But if you imagine you're getting the best perfume by buying the most expensive perfume, I'd say you're as much a victim of marketing tactics as someone who'd buy a perfume just because Paris Hilton's name was on it.

And while we're on the subject of Paris Hilton, I don't think you can assume that anything with her name on it will be any better or worse than anything else with a similar price point and geared towards the same market. The question I've been asked most frequently by journalists (not that I'm asked anything with any regularity by journalists) is "are celebrity perfumes of lower quality than other perfumes?", and I always answer "no". I can tell right away that I'm not going to get quoted, because my answer doesn't fit neatly into the always-popular "rag on the celebrity scents" angle. Mind you, I do plenty of ragging on celebrity scents myself, but not because they're of lower quality. I rag on celebrity scents because I find the whole premise that I should buy something just because it has some celebrity's name on it annoying. I'm cranky that way. But if you were to walk into Macy's and ask to smell every perfume aimed at women under the age of 21 and priced at $55 or less, you'd smell all sorts of perfumes that I'd consider "pleasant but uninteresting", or perhaps even "garbage". Some of that garbage would be celebrity garbage, but plenty of it wouldn't — and you'd no doubt find quite a few things that weren't garbage at all.

So while I wouldn't buy a perfume just because a celebrity was paid to endorse it, nor would I avoid a perfume for the same reason. If Lindsay Lohan launches my dream perfume tomorrow (which, in case she is wondering, is a very green jasmine, bright and sparkling and just a bit indolic, over masses of dusty incense and a tiny dollop of dark woods) and the bottle is some hideous pink monstrosity covered with bling, trust me, I'm buying it.

Everything I've said about celebrity perfumes applies equally to designer perfumes. Many of us scoff at the notion that celebrities "design" their own perfumes, but for all I know, Hilary Duff had more to do with the creation of With Love than, say, Giorgio Armani did with Emporio Armani Diamonds. Duff did sit in a conference room and smell a few blotters — I saw the video! at YouTube! — and while she might have done it just for the cameras, so what. At least she did that much before she let them slap her name on the bottle. Does anyone really imagine that Ralph Lauren "designed" Ralph Wild, any more than he personally designs all the sheets and eyeglasses and whatnot sold under his name? Does it even matter? Why would I assume that Hilary Duff or Ralph Lauren have any particular qualifications in fragrance design?

Whew, I do go on, don't I? If you've made it this far, I can only assume that whatever you ought to have been doing at work was even more boring than this. But if you prefer Paris Hilton's Heiress to Serge Lutens' Tubéreuse Criminelle, what care I? There are days when I'm not up to Tubéreuse Criminelle myself. Wear what makes you happy, and please don't feel the need to apologize to me or to other readers. I love reading Manolo and Style Spy, but I'm not going to apologize to Manolo for my decidedly lowbrow tastes in shoes or to Style Spy for my pathetic soccer mom attire.

* Now please don't anybody suppose I'm comparing myself to Anthony Lane. Anthony Lane is a brilliant movie critic for the New Yorker; I am a perfume blogger and would not deign to call myself a critic of anything, much less perfume. And please don't comment in the name of kindness to contradict me, or you'll give me more wrinkles on my brow.