In 1999, the Metropolitan Museum of Art produced a wonderful booklet by Edwin T. Morris called Scents of Time. It gave a concise overview of perfume history, and came with a charming set of fragrance minis with scents like rose, sandalwood, orange blossom, and a traditional eau de cologne. A more elaborate book on the same subject (and by the same author) is Fragrance: the Story of Perfume from Cleopatra to Chanel, published in 1984; while the former is a decent but limited introduction that appeals mostly to novices and collectors, the latter is a more comprehensive source for advanced readers. The trouble is that they can only be obtained secondhand, and proper alternatives are very hard to find. Marie-Christine Grasse's Histoire mondiale du parfum is one of those exceptions that proves the rule: a beautiful, recently issued coffee-table book that is widely available, yet only in French. Here's an impression of what you will probably be missing, followed by a short, final thought. 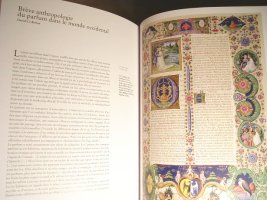 The first section of Une Histoire mondiale du parfum is dedicated to "Antiquity", and deals with perfume and cosmetics in America, Europe, and the Middle East. It covers roughly the period between 7000 BC and 1200 AD, treating such disparate topics as hygiene and physical appearance in pre-hispanic America, perfume flasks in the Mediterranean region, frescos representing perfume vendors in Pompei, and perfume techniques in Ancient Egypt. The thematic approach implies you don't get your typical, linear account on the origins of perfumery; instead, you are invited to discover some truly fascinating pieces of an incomplete puzzle, and become aware of all the questions on ancient perfume culture that remain unanswered to this day. The first cultural practices related to fragrance were undocumented, and what we know about them today is, for the most part, the result of archeological finds: artifacts and their decorations reveal a great deal on how they were used, and by whom.

The second section is about the Middle Ages, starting with two major turning points in the history of perfumery: the introduction of distillation techniques in the Middle East, and the establishment of the first corporation of master-glovemakers in Paris (1190 AD). According to an old and widespread legend, the first alcohol-based perfume was made for queen Elisabeth of Hungary in 1378; however, historians claim that the use of alcohol made a relatively late entrance in perfumery — not before the 16th century — and that the legend is more likely a 17th century marketing-spin avant la lettre. 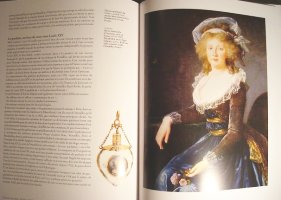 The third section, "Modernity", takes off earlier in the Far East than in Europe and the Americas. We travel back and forth between the mid-17th and late 19th century to discover the smells of India, Japan, the European countryside, and the French court. It was around 1770, at the Palais-Royal, that floral scents became the quintessential expression of femininity: expert Elisabeth de Feydeau explains how Marie-Antoinette and her perfumer, Jean-Louis Fargeon, elevated the craft of "light" perfumery to a higher plane. More importantly, the 18th century also marked the rise of botanical classifications, and of Grasse's perfume industry.

The fourth and final section deals with perfume in our own days. It's the longest part of the book, with a true wilderness of essays, ranging from the use of fragrant necklaces in Northern Africa to the benefits of supercritical CO2-extraction. There are short contributions by Jean Kerléo, Jean-Claude Ellena and Carlos Benaim as well: they talk about the history of their profession, and about creativity in perfumery. It's amazing how easily we overlook (or indeed ignore) the richness of African cultures when it comes to fragrance.

All essays are written either by scholars with a strong affinity for the subject-matter, or by industry specialists. As with any lavishly illustrated book, the awesome page-filling photographs of artifacts, decorations, illustrations and paintings constantly draw the reader's attention; adding to that distraction is a short novel by Jean-Bernard Pouy, scattered across the book in 20 episodes: it's about a perfume connoisseur who helps out a detective in a crime scene investigation.

If all this sounds terribly confusing, let me assure you that Une Histoire mondiale du parfum is a wonderful book to own and to browse through: one that should be explored little by little, perhaps even at random. The thing that sets it apart from all other perfume books is its incredibly wide scope. If you're looking for a comprehensive, linear account of perfume history, an ambitious project like this is only bound to disappoint. This book is far from perfect, and yet I love it to bits. Yes, it's slightly incoherent at times, and not all essays are equally interesting. But the missing pieces in this book, and all the questions it raises, will someday challenge other people to delve deeper into the origins of fragrance culture. It triggers the curious mind, it opens new doors. We need more initiatives like this, and they should be made available to the largest audience possible. History is instrumental in our understanding of the present: why wouldn't that be the case for smell?

Une Histoire mondiale du parfum was published on the occasion of the reinauguration of the International Perfume Museum in Grasse. Its director, Marie-Christine Grasse, is the author of many books on perfume and olfaction.