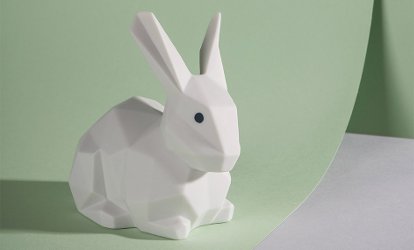 Rabbit, rabbit, rabbit and happy April Fools Day. (Donatella will be stopping by shortly!) What fragrance are you wearing?

Reminder: April is Poetry Month. On 4/3, tell us about a favorite poem (or link to the text) and wear a fragrance to match.

Note: the Lladro Rabbit Figurine in matte white, from the Origami collection, is $110.