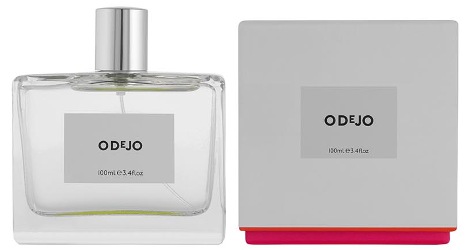 OdeJo is the debut fragrance from Jo Levin, former fashion director at GQ.

This March, Harvey Nichols hosts the exclusive global launch of OdeJo, the first fragrance from renowned former GQ Creative Fashion Director Jo Levin. She has collaborated with Jeff Lounds, one of the instigators of the cult fragrance brand Escentric Molecules, and award-winning fashion writer, Tim Blanks.

The Story of O is a story of one woman’s obsession...with a fragrance. It’s an insinuating approach to seduction, something subtle and new. “People like a bit of a tease,” says Jo. “I believe there’s a swing that way, away from the blatant, towards something hidden that slowly reveals itself.”

[...] That sensual reverie is the essence of OdeJo: lily and Tahitian rose, warm and lingering, cucumber oil and blue sea kelp, fresh and vivid.

OdeJo is available in 10 ml Perfume Oil, 50 or 100 ml Eau de Toilette. It can be found now at Luckyscent in the US, Harvey Nichols in the UK or Colette in France.