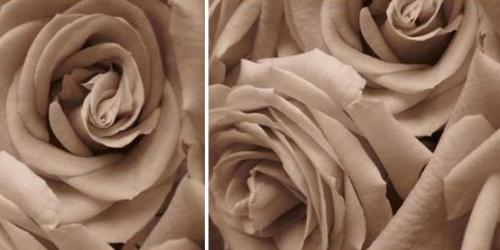 Shhhhhhhhhhhhhhhh. I'm about to trespass. Excuse me as I creep into the rose (perfume) garden where NST's Jessica resides. Though I know she'll greet me kindly if she spies me...I feel guilty! (I've certainly not sampled the same number of rose perfumes she has!) Today, I'm reviewing my first perfumes from Terry de Gunzburg: Rose Infernale and Rouge Nocturne; both rose-centered perfumes were developed by perfumer Michel Almairac and they were released last year.

Rose Infernale begins with peppery, almost leather-scented, rose blossoms (we're talking dark red roses here, nothing pure white or baby pink). Though the roses leave a trail from Rose Infernale's beginning to its fade-out, you never get a rose solo; the blossoms are always accompanied — by spices to start, liquor-y incense in the middle and smooth vetiver near the end. Rose disappears in Rose Infernale's curtain call: all that's left is dry-musky-smoky incense.

Rose Infernale goes through its phases quickly and, on me, wears more like an Eau de Toilette than an Eau de Parfum Intense as Gunzburg advertises. Rose Infernale's sillage is discreet; it lasts a short time on skin but will last for hours if you get some on your clothing. Rose Infernale reminds me of Eau d'Italie Paestum Rose, but with much less presence.

I often wish candle aromas were available in perfume form; in the case of Rose Infernale, I'd prefer its scent in a candle or soap; then I wouldn't fret about its lack of heft or its fleeting nature. 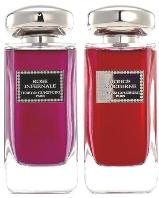 I would characterize Rose Infernale as unisex and Rouge Nocturne as unisex/feminine-leaning; both perfumes smell expen$ive. Do I desire either? Nope. I much prefer Habit Rouge, Eau de Russe and Paestum Rose — all those have more oomph and personality.

As for Jessica: I've promised her some homemade rose-petal jam as thanks for my absconding with a "few roses" today.