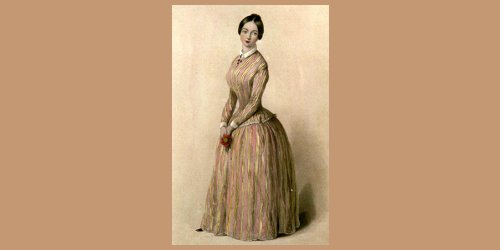 French niche line Lubin recently launched Grisette, a new feminine fragrance with notes of grapefruit, bergamot, rose, iris, incense, cedar, musk, amber and vanilla. Grisette was named for the French Belle Epoque term for young working-class women who took a bohemian approach to love. Lubin frequently makes historical and cultural references in its fragrances, and this one sounded right up my Montmartre alley.

Unfortunately (for me, at least), Grisette evokes the eighties — the 1980s, that is, not the 1880s. It opens with some fizzy pink grapefruit, followed by a powdery pink rose and a heavy dose of aldehydes. A non-perfumista friend of mine who took a spritz from my sample vial commented, "So much alcohol!" — I think she was responding to the aldehydes, as well as to the citrus and to the sharp, sheer wood notes lurking below the florals. The rose smells soapier as it dries down, and the base has lots of sheer white musk.

Grisette is, as people say, a "perfume-y" perfume. It also reminded me of something I'd tried many times before, and then I realized: it feels to me like a flattened-out version of the iconic Yves Saint Laurent Paris (1983), another olfactory valentine to romantic women in the City of Light, or perhaps it's a little closer to the younger, brighter Baby Doll Paris (1999). If Grisette is trying to evoke the late nineteenth century, it just isn't reaching back far enough.

I really wanted to love this fragrance, even if I'm a bit uncertain about the "grisette" concept: after all, this term had connotations of prostitution at certain points in its usage. Maybe I shouldn't have expected something with a vintage sensibility. However, Grisette isn't even good trashy fun for a good-time girl — it just feels like a department store fragrance, and you could certainly spend less money on a floral scent from Estée Lauder or Lancôme or, you know, Yves Saint Laurent. 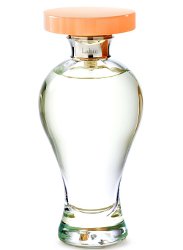 If you've tried Grisette, what did you think? Do you have a favorite Lubin that I should try?

Lubin Grisette is available as 50 ($130) and 100 ($160) ml Eau de Parfum. For purchasing information, see the listing for Lubin under Perfume Houses.