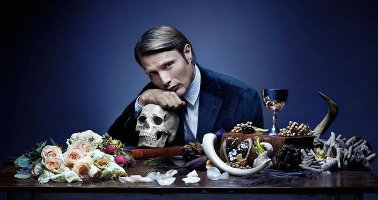 With Mother's Day looming on the horizon, you might already be wondering what gift could best express your love for the woman who brought you into the world. Worry no more. Gaumont International Television, NBC Universal and brand-marketing firm Evolution have announced plans to create a perfume based on the hit NBC show Hannibal. After all, nothing says "thanks for raising me" like a tiny bottle of offal-stinking water with a picture of a serial killer on the front, does it?

— The Guardian dreams up some other tv-related perfumes at TV perfume: how to smell like Hannibal Lecter or Jeremy Clarkson, or read more about the licensing deal at Hollywood Reporter. Hat tip to @ElleBeyoud at Twitter!