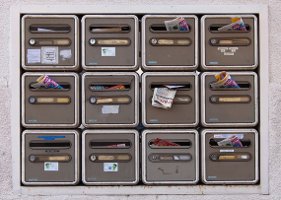 Today we're helping Liz, who is looking to replace her longtime fall/winter fragrance, Abercrombie 8, now discontinued. She says that although she has grown up since she started wearing it, she still loves it. She is happy to shop online and will pay up to $200 for something perfect. She's also happy to buy decants of spendier fragrances. Here is what we know about Liz:

She's in her late 20s, and is a social media director and improv actress in Chicago.

She says her personal style is a deliberate blend of polished and undone: think Jackie O with a hint of Bardot.

She dislikes talc, animalic notes, anything overtly aquatic, and some gardenia.

Here are some of the fragrances Liz has tried:

Chanel Les Exclusifs Beige: she loves it for spring and summer, but wants something warmer for cold weather.

Chanel Coco Mademoiselle: She likes it quite a bit. The dry down smells warm and sophisticated, but the first 30 minutes are very loud and make her bathroom smell like a busy day at Sephora. It's good enough for now, but she's open to something she could fall in love with a little more (and possibly something less popular).

Chanel No. 19: Lacked warmth; smelled a bit like motor oil.

Miss Dior Cherie L'Eau: A nice "safe" fragrance, but difficult to find and also a little more of a spring/summer scent.

Viktor & Rolf Flowerbomb: Not terrible, but overly sweet and aggressive.

Profumum Acqua di Sale: Too mineral-like and metallic, like Noxema.

Guerlain Mitsouko: Everything she read led her to believe she would love it, but she hated it more than anything else she tried. It smelled like dust and mothballs.

Hermes Eau des Merveilles: She liked that it smelled dry, clean and wealthy... but after a day of wear it just smelled too "serious" and a little too close to AXE.

Guerlain Jicky: She expected to love it, but couldn't get over the "staleness" of it. It definitely smelled like a human body, but not hers.

Penhaligon's Amaranthine: Also far too body-like; there is a note here that smells like feet.