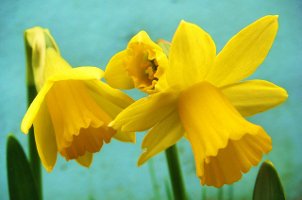 Another "used" poll returning by popular demand — this one originally appeared in 2009.

The question: name a perfume that you disliked on the first try, loved on a later try.

How many tries did it take? And tell us how you decide what will get another chance.

Back in 2009, I said that I used to try (almost) everything 3 or more times before I gave up, but that because of the number of new releases, I was giving up sooner than I had used to. Now, forget it. Some fragrances get a few minutes on a blotter and that's it. There just isn't time to give everything a fair shake.

That might explain why I listed two perfumes in 2009 that I fell in love with on later tries — Diptyque Philosykos and Frederic Malle Une Rose — but I can't think of a single recent example.

Note: image is Jostling for Position by Liamfm at flickr; some rights reserved.