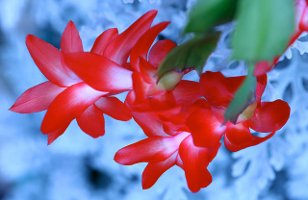 What is the fragrance-related gift you’d most like to receive this year?

Let’s say you were going to ask for just one unsniffed fragrance this year, what would it be?

Are you giving any fragrance items for gifts this year, and if so, what?

I would love to have a Cire Trudon candle: Roi Soleil, Spiritus Sancti or Nazareth.

It's taking a big chance, but I'll go for Comme des Garçons A New Perfume.

Yes, two of my nieces requested items from Bath & Body Works and Lush.

Note: image is Flowers over ice [cropped] by aldenchadwick at flickr; some rights reserved.