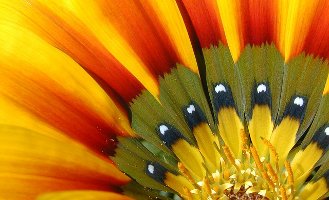 This week's poll topic: recently released (let's say the last 10 years) perfumes that you think will still be around in 50 or 100 years. I think AnnS came up with this one?

Your host today is Tamara. Please say hello to Tamara:

Note: image is Quarter Gazania by Dawn Endico at flickr; some rights reserved.